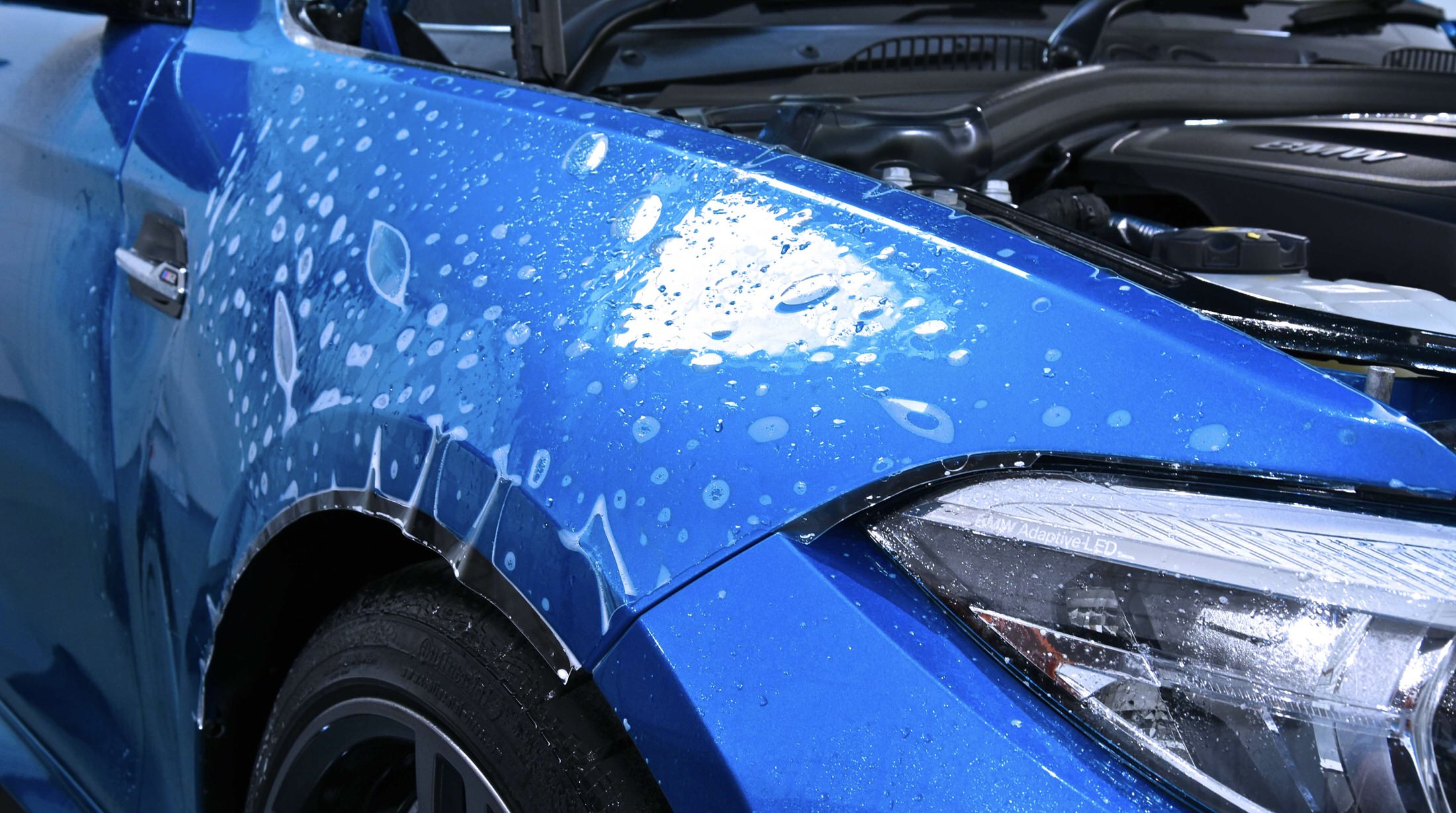 Resolve to Protect Your Car in 2022
Self-healing PPF is the ultimate way to ensure your car stays in top shape this year. Here’s to a great new year!

What is Self-Healing PPF?

When people first encounter this terminology, many of them immediately think of the bad guy in the second Terminator movie – no matter how many bullets strike his robotic body, he is able to instantly heal the damage and keep on performing his mission. Self-healing PPF is actually a lot like this. The idea is that when the film encounters moderate damage, like a scratch or scuff, it can heal itself to regain its original form and strength.

Manufacturers understood that while consumers enjoyed the way conventional film protected their paint from damage, it would look ugly when the film itself became damaged. So, the engineers set out on developing a film that could heal itself back to a flawless finish, just like the bad guy from Terminator 2.

How Does Self-Healing PPF Work?

Self-healing PPF is made of several layers. There is an adhesive on the back, enabling it to stick to the car and be removed without damaging the paint. The middle layer is the workhorse of the film, providing the film with its strength, resilience, and durability. The top layer is where things get interesting, from a self-healing point of view.

The top layer is a very thin – around 0.5mils (1mil = 0.001inch) – low surface energy urethane clear coat. This clear coat uses elastomeric polymers that eliminate staining, contamination, and surface scratches. In essence, this layer has an elastic memory – like an elastic band that wants to return to its original state after being stretched. If your film suffers a minor scratch or scuff, all you need to do is gently apply heat to the area to get the elastomeric polymers to do their thing. You will watch damage disappear before your eyes.

The amount of heat depends on the type of film; some films will self-heal just by being parked in the sun, while others require a mug of boiling water, and others need to be encouraged by a heat gun. Ask your technicians how your film self-heals.

All Films are Not Created Equal

Self-healing PPF is not where you want to seek the cheapest available option. Cheap films are not only vulnerable to discolouration, peeling, and cracking, but you can imagine how poorly their “self-healing capabilities” stack up.

You want to make sure that you are getting a film that will perform the way you expect, and withstand the test of time. Performance benefits aside, installing a high-quality film once a decade is cheaper than installing cheap film every 2 or 3 years. By going with an industry-leading option, like Autobahn Road Guard, you are not only saving money in the long run but also reaping the performance benefits of a premium film.

Diversity is Your Local PPF Authority