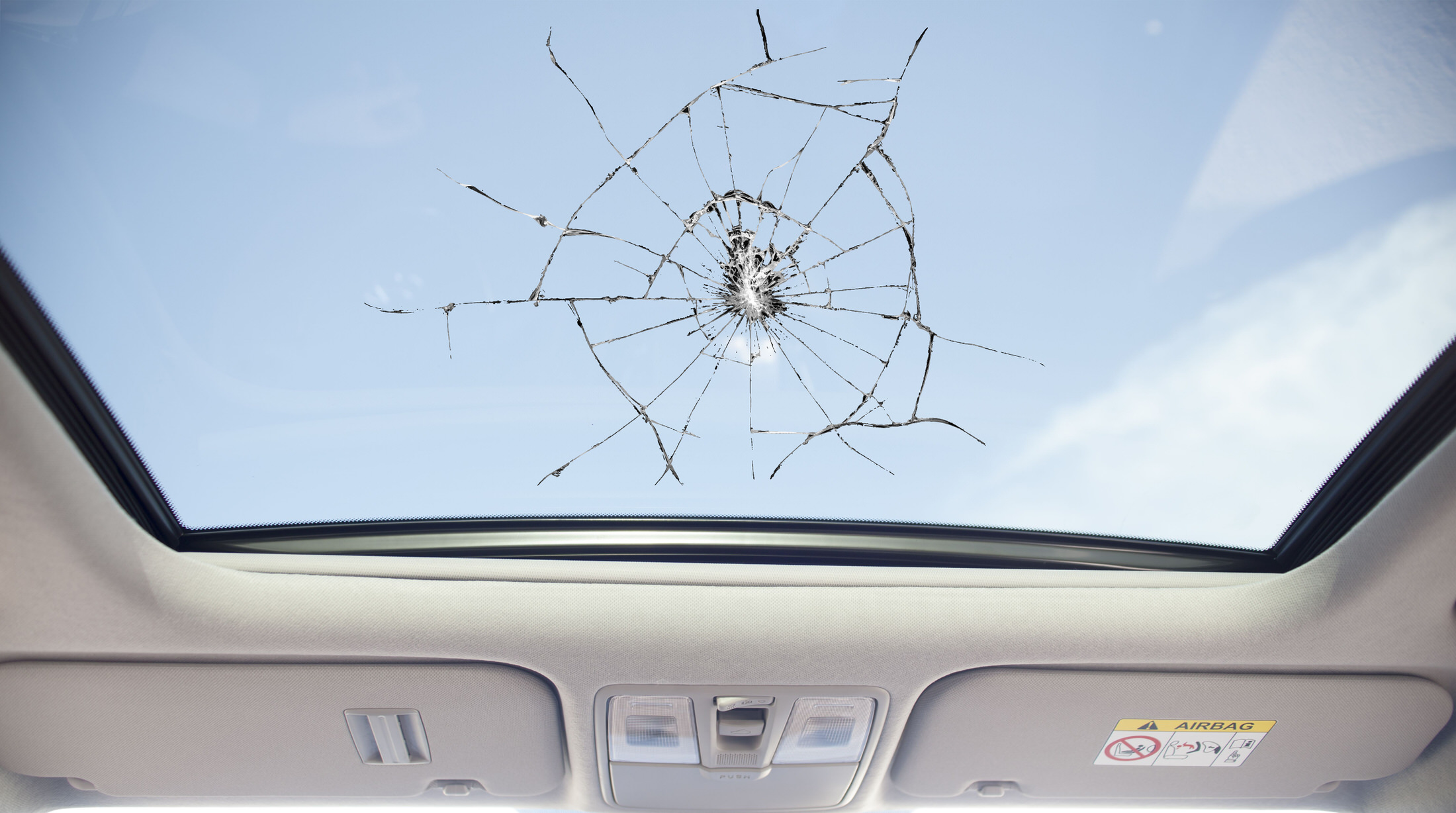 Heat Waves and Exploding Sunroofs
Learn what causes this phenomenon to happen, and what you can do about it.

Over the last few years, sunroofs have become one of the most popular features for vehicles of all varieties. It’s easy to see why; we love the way sunroofs bring light into our vehicles, the way they make the interior of the car feel bigger, and the fresh air that is brought in by opening up the roof. As well as becoming more common, sunroofs are dramatically increasing in size. While this trend bodes well for those of us that like the feeling of having infinite headroom in our vehicles, the prevalence of sunroofs has actually revealed a hidden danger lurking above us.

Since the year 2000, Transport Canada has received 351 complaints of sunroofs exploding above unsuspecting motorists, with the vast majority of these complaints happening within the last two years. This statistic is alarming – the last thing anyone needs while driving down the highway, or negotiating a bendy back-road is a loud “BANG” and a shower of shattered glass. Complaints have come from all major manufacturers, including but not limited to Hyundai, Nissan, BMW, Ford, and Toyota. It seems that no one is safe from this phenomenon, so, what’s going on?

Why are Sunroofs ‘Exploding’?

For safety reasons, when sunroofs break they are designed to shatter into tiny pieces, rather than into large chunks or shards. If the glass has been manufactured properly, the pieces aren’t sharp and can’t really harm anyone on their own. The danger to drivers comes from the surprise caused by the loud noises created by the exploding roof and from any startled passengers. If that “fright factor” of a shattering roof caused a motorist to lose control of their vehicle, they could become seriously injured.

The majority of incidents appear to have resulted from impact with a pebble, piece of ice, or other road debris that was kicked up and hit the sunroof. However, it appears that impacts with foreign objects aren’t the only cause of exploding sunroofs.

The glass used in sunroofs undergoes a tempering process, which adds strength to the glass by putting it in a state of stress. Generally, this is a good thing, but there are a variety of ways for a tempered glass sunroof to become a ticking time-bomb, including a botched tempering process, flawed vehicle designs that put extra stress on the glass, or contaminants in the glass itself which can cause the glass to break during the temperature fluctuations of a hot day.

If you want to guarantee reduced stress on your sunroof, you need to reduce the number of sudden temperature fluctuations on the glass itself. Using advanced window films on your sunroof will give you a many-fold advantage. First off, it will reduce hard sunlight and glare inside your vehicle, even if you don’t choose a really dark shade. Next, it will reduce your energy consumption and increase your fuel economy because you won’t be running the AC or heater as much. Finally, by controlling the temperature fluctuations, you will remove the risk of an exploding sunroof caused by sudden climate changes.

If you are in need, we are here to help guide you through things. Just give us a shout, we would love to hear from you.